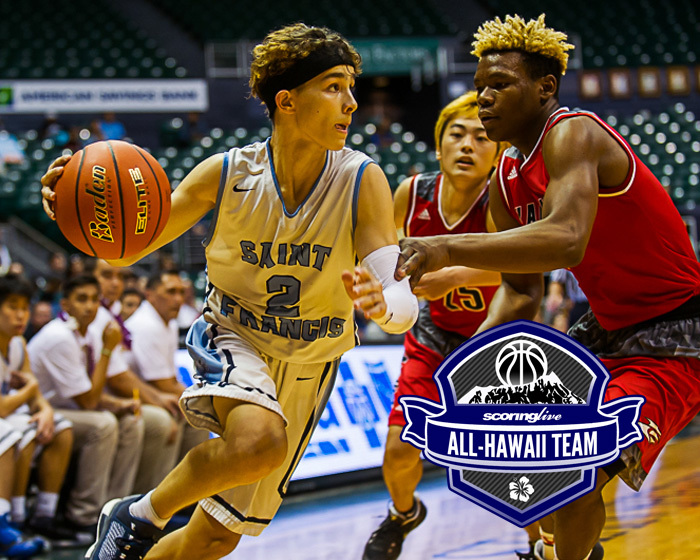 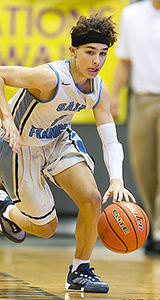 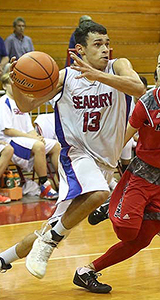 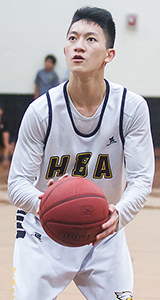 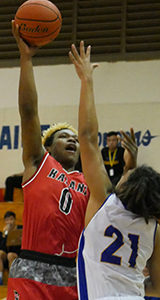 With Ng leading the way Saint Francis compiled a 26-4 record, including a 10-0 perfect streak during the Interscholastic League of Honolulu Division II season. The Saints also finished as the sixth-ranked team in the Hawaiian Electric Boys Basketball Power Rankings and had a preseason win over eventual Division I state champion Kahuku.

"I would say he's the general of that team, he's what makes them go," said Damien coach Alvin Stephenson. "He grew up a lot from his freshman year to sophomore year."

Ng's ability to create his own shot made him a scoring machine for the Saints. The 5-foot-8 sophomore averaged 18.8 points per game, scoring 20 points or more in 15 different games.

"He probably has some of the best handles in the ILH, Division I or Division II. I know he made a couple of our kids fall when we played them." said Stephenson. "He just finds a way to get it done, that's what makes him tough to guard. He has pretty much everything that a guard should have on offense."

Stephenson added that like all good point guards, Ng was always in control of the game.

"His composure in games was real big," said Stephenson. "The pace and the tempo of the game also went at his pace. He never let anbody speed him up and he pretty much used his teammates well."

Coach of the Year: Nathan Davis, Kalani
The 2017 Kalani boys basketball team accomplished something that no other team in school history — win a championship.

For his team's success, Kalani coach Nathan Davis was chosen as the ScoringLive All-Hawaii Division II Coach of the Year.

"Well deserved, good for him," said Roosevelt coach Steve Hathaway. "I was hoping he would get a title this year, and I'm glad he won the OIA."

What makes the Falcons' postseason run so impressive was that they did it with no one averaging more than eight points per game.

"Nate gets a lot out of his team," said Hathaway. "He's well liked by his players and peers. They had some good players last year graduate, but I thought they were better this year.

"They really shocked me. They really just kept going all year. It's a well deserved selection. He gets the most out of his teams."