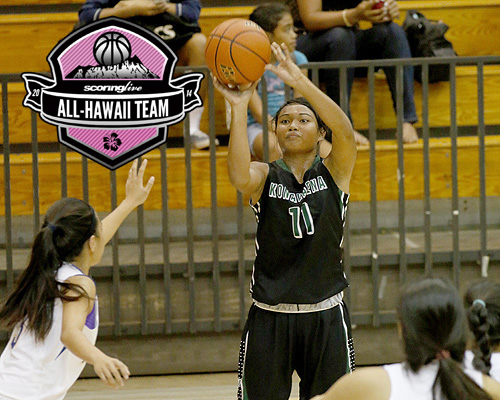 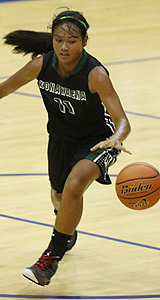 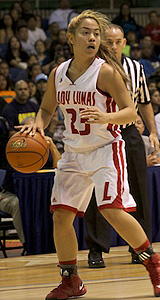 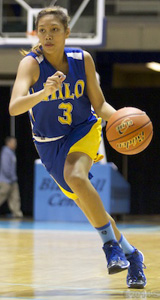 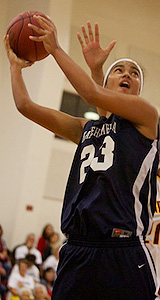 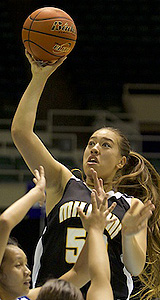 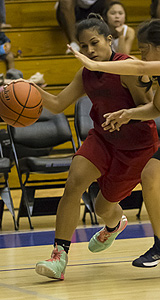 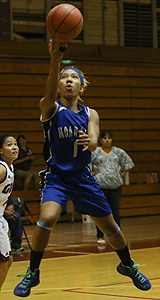 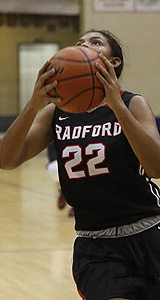 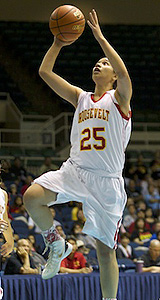 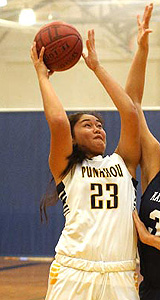 The inaugural ScoringLive All-Hawaii Division I Girls Basketball Team is a collection of the top talent from across the state. On the first team alone, there are players from four leagues on three different islands.

Just one league had more than one representative on the first team — the Big Island Interscholastic Federation — including, Player of the Year Chanelle Molina, of Konawaena. Joining Molina on the first team are Hilo's Alexis Pana, Lahainaluna's Lindsay Bates, Kamehameha's Alohi Robins-Hardy and Mililani's Sarah Liva.

Molina, a 5-foot-8 sophomore guard, was the undisputed floor general of the Wildcats, who completed their fifth consecutive undefeated regular season and claimed their 10th league title in the past 12 years. Molina, who earlier this season was offered a scholarship by University of Hawaii coach Laura Beeman, averaged 23 points, 8.5 rebounds, 5.4 assists and 4.4 steals per game. Thursday she was named BIIF Division I Player of the Year. She scored 24 points in a BIIF semifinal win over Keaau and one night later, had 13 points with 14 rebounds in a one-point victory over Hilo in the league title game. In her final game of the season — a state quarterfinal loss to Mililani — Molina shot 10 of 19 from the field and 6 of 6 from the free-throw line to finish with 27 points, five steals, four assists and three rebounds.

Pana, a 5-foot-9 sophomore guard, was perhaps the best all-around player in the state. She displayed athleticism on both ends of the court by blocking shots, grabbing rebounds and handling the ball, while also displaying a sliky-smooth shooting touch for the Vikings, who finished second in the BIIF and fourth in the state tournament. Pana, who missed some time early in the season after suffering a concussion in a preseason tournament game, averaged 13 points in four state-tournament games, including a 17-point effort against Mililani. She also had team-highs of eight rebounds, three assists and six steals in that game. In a semifinal loss to Lahainaluna a night earlier, Pana scored 11 points to go with five rebounds, four steals, four blocks and two assists and was named to the all-tournament team. For the season, she averaged 10 points, seven rebounds, four steals and three assists per game and shot 40 percent from the field, 70 percent from the free-throw line and 33 percent on 3-pointers.

Bates, a 5-foot-2 junior guard, didn't put up huge numbers points-wise, but she didn't have to. Lahainaluna — which continued its domination of the Maui Interscholastic League — had six players average at least 8.2 points per game and won its 10th consecutive league crown in 2014. In the first game of the season back on Nov. 14, Bates scored 14 points to lead the Lunas in a one-point win over eventual state-champion Punahou. She scored a team-high 16 points, which included four 3-pointers, with seven rebounds, three assists and three steals in win over Maryknoll in the quarterfinal round of the state tournament and was named to the all-tournament team. Bates was the main ball-handler for a Lahainaluna squad that went 29-2 and was ranked No. 1 for most of the season in the ScoringLive/OC16 Girls Basketball Power Rankings. For the season she averaged 12 points, eight assists, four rebounds and four steals per game. Bates shot 65 percent on 3-pointers and 80 percent on free throws.

Robins-Hardy, a 6-foot-2 senior forward, was one of the most versatile players in the state. She produced both in the post and on the perimeter and even assisted with the Warriors' ball-handling duties after point guard Tiare Kanoa went down with a season-ending knee injury early in the season. Robins-Hardy averaged 15.3 points per game in the Interscholastic League of Honolulu and helped Kamehameha to a third-place finish in the league regular-season standings. She eclipsed the 20-point mark three times season, including a season-high 26 points in a win over Iolani. In the same game, Robins-Hardy registered 12 rebounds with three steals and shot 10 of 12 from the field, including the game-winning 3-pointer in the closing seconds. She will attend BYU next year and play both basketball and volleyball.

Liva, a 6-foot-2 senior center, averaged 15.9 points per game to lead Mililani to the Oahu Interscholastic Association Red West Conference title, a league runner-up finish and third place in the state tournament. She scored a season-high 28 points with 15 rebounds in a win over Moanalua in the semifinals of the OIA tournament and poured in 19 points with 10 boards in the tourney title game against Roosevelt. Liva was a force in the state tournament, averaging more than 16 points in four games. She pumped in 18 points and grabbed 18 rebounds in a semifinal loss to Punahou and for her efforts, was named to the all-tournament team.

Punahou's Kevin Velasco is the Coach of the Year after guiding the Buffanblu in his first season to their first state title since 2008 and 11th overall in school history. Velasco has been a part of the past two state-championship teams; he was an assistant last season on the title-winning Kamehameha squad. Other coaches that received consideration are Mililani's Patrick Basilio, Maryknoll's Chico Furtado, Roosevelt's Hinano Higa, Kailua's Mandy Llamedo, Hilo's Ben Pana and Lahainaluna's Todd Rickard.

» Download a printable version of the 2014 Division I All-Hawaii Team.