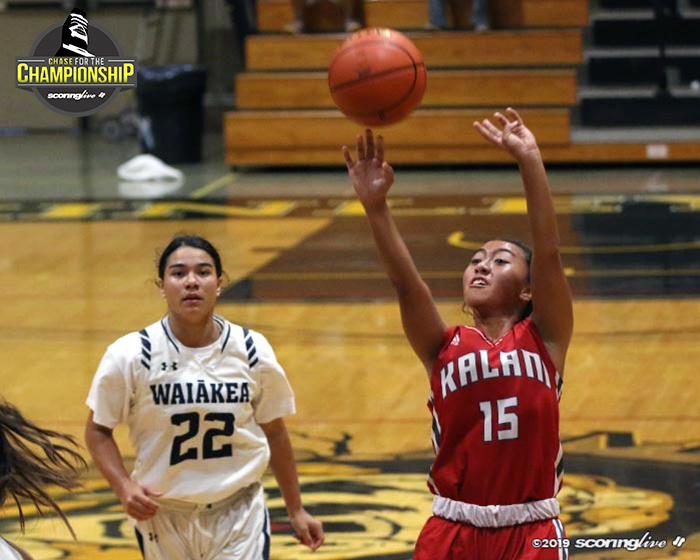 KAKAAKO — Kalena Halunajan and Kamalu Kamakawiwoole combined for 38 points as unseeded and No. 7 Kalani routed second seed and No. 6 Waiakea, 73-57, in the first game of the Snapple/HHSAA Division I Girls Basketball State Championships at McKinley's Student Council Gymnasium.

Kamakawiwoole, who scored 21 points in their opening round win against Radford, posted a double-double, scoring 13 of her 17 in the second half and hauling in 18 rebounds. She used her height to disrupt Waiakea's shooters and blocked four shots.

Halunajan poured in a game-high 21 points on 9-of-12 shooting, while Alayna Akiona and Shelby McDaniel each added eight points.

The Falcons held the Big Island Interscholastic Federation champions to single digits for the first three quarters before Waiakea roared to life in the fourth, outscoring Kalani, 34 to 26, but it was too little, too late.

Destynee Williams and Kelsie Imai each scored 11 points and combined for 16 rebounds while Jazelle Dorser added 10 points in the loss.